A file picture of drug capsules and pills. (AFP/Philippe Huguen)

India is already home to the highest number of tuberculosis (TB) sufferers globally with two million cases every year and drug-resistant strains are on the rise, Medecins Sans Frontieres or MSF said in a statement ahead of World TB day on Monday.

While huge strides have been made in controlling TB worldwide, the emergence of deadly strains that cannot be cured with existing medicines has turned the illness into one of the globe’s most urgent health concerns.

India’s government has already said it seeking to tackle deepening TB drug resistance with a wide-ranging national diagnostic and treatment programme for the communicable, airborne disease that usually attacks the lungs.

With public health care services overstretched, many TB patients turn to private doctors who have “never been trained to use TB drugs in a proper way”, Leena Menghaney, India coordinator of MSF’s Access Campaign, told AFP.

“When the patients get to us, they have become resistant to the drugs and it becomes far harder to treat them,” Menghaney said.

There is “rampant proliferation” of TB drugs in a wide variety of dosages and combinations, and the emergence of drug-resistant strains in the country of 1.2 billion people is increasingly being linked to poor regulation, MSF said.

India’s drug regulation is already under heavy fire from US authorities over another issue – worries about the quality of the country’s medicines following a string of recalls.

“Governments like Brazil have even taken the additional step of making the public sector the primary distributor of all TB drugs,” Menghaney added.

TB is still the world’s second most deadly infectious diseases among adults, after HIV/AIDS, and every year kills 1.3 million people and causes nearly nine million to fall ill, according to UN figures.

While TB is curable, one third of those who have it – some three million people – do not get the treatment they need, often because they are poor.

The World Health Organization (WHO) estimates India has 64,000 patients with drug-resistant TB.

“India can ill afford to delay” reforms in policies to treat TB, said Menghaney, calling the number of drug-resistant TB cases in the country “alarming”.

Some doctors have warned drug-resistant TB could spin out of control. Before modern treatments were developed in the 1940s, TB killed two-thirds of sufferers.

Dengue vaccine to be tested in India: reports 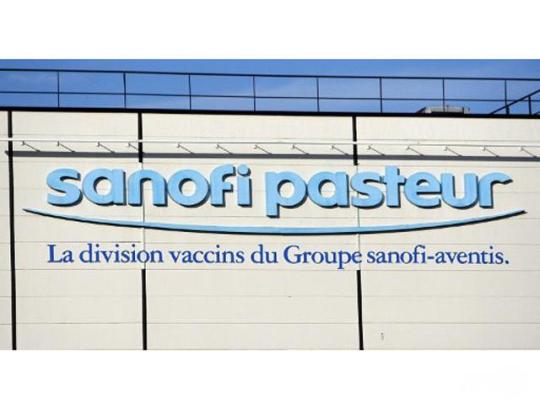 The vaccine will be tried on about 120 adults followed by trials on children before it can be made available internationally as soon as 2015, the Times of India newspaper said.

“Sites for the vaccine’s final trials will stretch from Thailand to India as this vaccine has to work on populations across countries. We will test it in India soon,” Sanofi’s CEO Christopher Viehbacher was quoted as saying.

Dengue causes a flu-like illness for most victims but one of its strains can cause life-threatening internal bleeding.

There is no licensed vaccine to protect against dengue. Efforts to develop one have been complicated by the fact that there are four different strains, all of which may circulate in an outbreak zone.

Dengue also seems to be exclusive to humans, which means it is impossible to test vaccines on lab animals first.

Jean Lang, head of the vaccine’s research and development programme, said Sanofi had been asked to conduct “phase two safety trials” in India by the national drug controller.

“It will help us get a licence to market the vaccine in India faster if it has been tested on the Indian population and is found safe and effective,” Lang told the paper.

According to the UN’s World Health Organisation, between 50 and 100 million dengue infections occur each year in more than 100 countries. In 1970, the disease was endemic in just nine countries.

India, with a teeming population of 1.2 billion, has become a major focal point for the mosquito-borne viral infection.

Between 2007 and this month, the country has had 32,263 dengue cases with 188 deaths, according to the National Vector Borne Disease Control Programme. Experts say the real numbers are much higher.

At least two healthcare chains in the country are exploring an opportunity to convert a luxury hotel into a hospital in Pune, it is learnt. Fortis Healthcare and Manipal Hospitals, both keen to set up large multi-specialty hospitals in the Maharashtrian city, have shown interest in acquiring the sprawling Grand Hyatt Pune for the purpose, according to an industry source close to the development. Spread over 450,000 sq ft built-up area, Grand Hyatt Pune is still under construction.

The trend of converting hotels into hospitals or residential complexes is popular in international markets, mainly the US. In India, it is being explored only now, according to HVS, a consulting firm specialising in hospitality.

A Fortis Healthcare spokesperson said the superspeciality chain had a number of projects under discussion or underway in several cities. “However, we would prefer to speak about them only when we are ready to,” he told Business Standard.

A senior executive of Manipal Hospitals confirmed the entity was considering Pune as one of the places for a future facility. “We are exploring several options in and around Pune city,” he added.

Grand Hyatt is a project of DB Hospitality, a sister company of Mumbai-based DB Realty.

DB Hospitality, though, called the sale buzz “baseless speculation”. A spokesperson of the group said it was not planning to sell any specific assets. “All our projects are moving towards completion in a timely manner,” he noted. The execution plans for the Grand Hyatt at Pune were “on track”; the company was looking forward to opening the hotel in 2014.

On the Pune market in particular, Anshuman Magazine, CMD (South Asia), CB Richard Ellis, a global consulting firm, pointed at over-supply of hotel rooms. “It may not be feasible to have more hotels in the city. The supply of hotel rooms in Pune is far greater than the demand,” he said.

HVS Global hospitality services said Pune was a market where no more hotels should be constructed. “There is a huge oversupply,” said Kaushik Vardharajan, its managing director (consulting and valuation). According to an industry study, the existing supply of branded hotel rooms in Pune is 4,691. In the next five years, as many as 5,545 more branded rooms are proposed to be added.

If not hotels to hospitals, there have been other instances of commercial projects being changed after construction or the planning stage. Real estate consultancy firm DTZ cited the example of the 90,000 sq ft Sargod Imperial Mall in Bangalore being converted to a retail and office space now occupied by Citrix. Originally built as a mall by Tata Housing, it was bought over by private investors who were looking at leasing it as a retail multi strata venue or a single tenant, pointed out a DTZ executive.

Magazine argued often proper feasibility is not conducted, resulting in projects being changed during the course. “Market conditions and scale of projects are also hurdles sometimes. This has happened all across India including in tier-II or tier-III towns,” he told this newspaper. “There have been instances when malls have been sold to investors, but subsequently they have had to be converted into office or mixed use projects.”

Again in Bangalore, Shenoy Commercial Complex spanning 60,000 sq ft was converted into Vikram Hospitals sometime ago. “It was built for office and banks,” DTZ said. “After the leases of the initial tenants expired, the building was refurbished and entirely leased by a city-based hospital providing all facilities and services.”

Yet another example is that of a project beginning as an office building and then redesigned as a mall for DLF. Subsequently, it was sold to NetApp, which made a campus spread across 15 acres at Whitefield, Bangalore. Even a wedding hall of around 60,000 sq ft was converted to a retail outlet occupied by Reliance Mart now for a hypermarket.

Apart from these, there have been projects being planned as retail destinations or offices, and then got converted into residential or mixed use projects across the country.

Sanjay Dutt, CEO (business), Jones Lang LaSalle India, said unforeseen demand profile realignments could happen in localities as well as project typologies. “For instance,” he added, “a location may lose its viability as an office, retail or hospitality space even while demand for residential units there remains intact.”

In other cases, a mixed-use format may turn out to be more feasible than a single-use configuration, Dutt pointed out. Satish B N, director (occupier services [South]), DTZ India, said existing developments as well as planned projects had seen their usage change thanks to the dynamism of landlords and developers as well as end users.