Honey mixed with sugar might be sweet, but it is not “‘honey’, says the US Food and Drug Administration. – freegreatpicture.com

US FDA: If it’s not pure honey, then it’s not honey; product must be labelled as a ‘blend’

Honey mixed with sugar might be sweet, but it is not “honey”. Food companies and other producers that add sweeteners to honey have to alert consumers by labelling their products as a “blend”, the US Food and Drug Administration said on April 7.

Only manufacturers that do not add sugar, corn syrup or other sweeteners should label their products as pure “honey”, the FDA said in draft guidelines posted online.

To feed America’s sweet tooth, much honey is imported, and US producers are worried about cheap substitutes.

Pure honey is generally more expensive than those mixed with corn syrup and traditional sugar, and prices reached a record high of US$2.12 a pound (RM15.20 a kilo) last year, according to the USDA.

The FDA’s review follows a petition from the American Beekeeping Federation and several other related groups seeking a standard US definition for the natural sweetener to promote fair trade.

While the agency rejected their request, it said it was willing to look at labelling.

The FDA inspected imported honey to see whether it had been “adulterated” with corn or cane sugars. In recent decades, it detained honey containing such substitutes from countries such as Brazil and Mexico, according to the agency.

Manufacturers have 60 days to comment on the proposal before final guidelines are issued. Even then, however, guidelines are not mandatory. – Reuters

Watch this video on the honey hunters of Malaysia.

The Food and Drug Administration on Wednesday signaled its intention to permit generic drug makers to make changes to their safety labels, a move that could open the door to lawsuits against generic drug companies for the first time since a Supreme Court decision barred such suits two years ago.

Consumer advocates applauded the development, calling it a necessary fix for a system that they say is unfair to patients who take generic medicines.

“It’s common sense,” said Dr. Sidney M. Wolfe, a senior adviser to the Health Research Group at Public Citizen, which in 2011 petitioned the F.D.A. to pass just such a rule. “It will obviously end this situation where people are being harmed physically and yet, although they are harmed, they have no right to go into court and get redress for serious damages.”

Dozens of lawsuits against generic drug manufacturers have been dismissed since 2011, when the Supreme Court ruled that because the generic companies must, by law, use the same label warnings as their brand name counterparts they cannot be sued for failing to alert patients about the risks of taking their drugs. Last month, the Supreme Court ruled — on similar grounds — that patients also may not sue generic drug makers by claiming that the drug was defectively designed.

The F.D.A.’s intentions came in the form of a bureaucratic step in which the agency must notify the Office of Management and Budget of its plans to publish a proposed new rule. In a summary posted Wednesday on the budget office’s Web site, the F.D.A. said the proposed rule would “create parity” between generic and brand-name drug makers with respect to how they update their labels — the lengthy list of a drug’s uses, dosages and risks.

“It is a first step toward acknowledging that there is a problem with the current system,” said Michael Johnson, a lawyer who represented Gladys Mensing, one of the patients who sued generic drug companies in the 2011 Supreme Court case, Pliva v. Mensing. “It doesn’t make sense to have one set of rules for the name brand and another set of rules for the generics.”

Sandy Walsh, an F.D.A. spokeswoman, noted that the agency had said before that it was considering such a rule change. “It is premature to cite what changes in the regulations might be,” she said in an e-mail. “Discussions are under way.”

The Generic Pharmaceutical Association, an industry group, declined to comment on Wednesday. In the past, generic drug companies have argued against such a change, saying that it could create a chaotic situation in which several different labels existed for the same drug.

Jay Lefkowitz, the lawyer who represented the generic drug makers in both Supreme Court cases, said in an e-mail, “We will obviously look very carefully at whatever the F.D.A. proposes, if in fact it ends up proposing any change at all.” 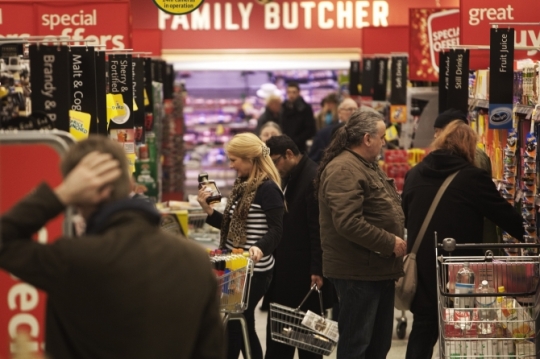 Yaz, Yasmin and other newer birth control pills will soon be bearing warning labels that detail the potential risk of blood clot risks, the U.S. Food and Drug Administration (FDA) announced on Tuesday.

The FDA is updating the labels based on recent studies that suggest that birth control pills containing drospirenone, a synthetic version of the female hormone progesterone, have a slightly increased risk of blood clots, compared with older birth control pills.

The new labels will note that some studies have found as high as a threefold increase in the risk of blood clots with drospirenone-containing pills, and will include a summary of a previous FDA-funded study on the risk, officials said in a statement.

However, the overall risk of blood clots on either newer or older birth control pills is still very low. In its statement, the FDA put the risk into perspective:

Popular birth control brands Beyaz, Safyral, Yasmin and Yaz will all receive the updated labels, but the FDA says women already using them shouldn’t worry and should “continue taking their pills as directed unless told otherwise by their healthcare professional.”

The FDA does suggest that women educate themselves on symptoms of blood clots, including persistent leg pain, severe chest pain and sudden shortness of breath. If women experience these symptoms, they should call their doctor right away.