KUALA LUMPUR: The number of dengue cases has risen to an average of 400 a week since December last year due to changes in the weather.

This is an increase of 33 per cent from its previous average of 300 to 350 cases a week.
In view of this, Health Minister Datuk Seri Liow Tiong Lai has advised the public to take the matter seriously as it involves their health.
“Dengue is dangerous. We have to go all out with dengue eradication campaigns.
“This menace has to be controlled because to date, there is no vaccine for dengue,” he said after giving out RM3.17 million in loans from the Chang Ming Thien Foundation to 157 students yesterday.
The foundation has given RM24 million in loans to 1,567 students since its inception in 2004.
In a statement, Health director-general Datuk Seri Dr Hasan Abdul Rahman urged the public to get rid of Aedes breeding grounds at their homes, offices and institutions of higher learning.
He said the ministry found that throughout last year, 90 per cent of Aedes mosquitoes breeding grounds were within and around residential premises as opposed to 2010, where 70 per cent of breeding grounds were found  around residential premises.
“The increase of breeding grounds outside homes means society needs to be more active and participate in gotong-royong activities to clean up their premises.
“Flood-prone states are also advised to conduct gotong-royong to get rid of stagnant water.”
Liow said the dengue vaccine was  in its second phase of clinical trials involving 2,000 humans  in Putrajaya and Penang.
The third phase of the trials is expected to be conducted by  year’s end and the vaccine is expected to be used by 2015.
On the progress of the genetically modified Aedes mosquitoes to curb the spread of dengue, Liow said the ministry was keeping tabs on its progress.
“We have released the mosquitoes in non-populated areas. Later, it will be released in populated areas,” he said adding that the ministry was also keeping a close watch on countries with similar research, like Brazil.
On another matter, Liow said no H5N1 avian influenza cases had been reported in the country.
He said the government would continue to monitor the situation and carry out random checks on livestock.
“Livestock with bird flu will be destroyed immediately,” he said.
He said there was no mutation of the H1N1 influenza A virus and  it had now become a common seasonal flu.
NST 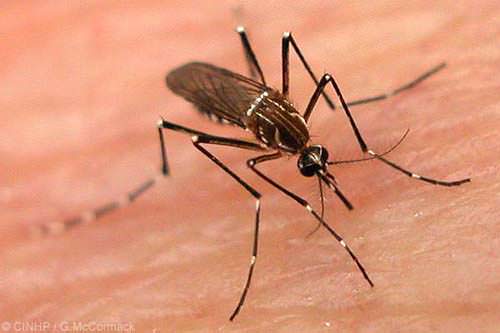 KUALA LUMPUR: The number of dengue fever cases has risen by 26 per cent, with 440 cases reported in the first week of this year, compared with  350 cases in the last week of last year.

Health director-general Datuk Dr Hasan Abdul Rahman yesterday said the public, especially those in states affected by floods, should take this matter seriously.  “Selangor records the highest number of 212 cases, followed by Johor (37) and Perak (34).”  One death was reported in Selangor involving a 35-year-old woman with the civil service  in Putrajaya.