We’ve shared a lot of budget and finance apps here in the past, and most of them were good, but also packed full of features that you might not actually need. We’re fans of minimalism, and that’s why we liked BUDGT, an app so minimal it doesn’t even need all the letters in its own name.

BUDGT is an expense tracker that’s equal parts useful and gorgeous. All you have to do is enter your daily expenses, and then BUDGT will do the math necessary to let you know how much you’re spending, and on what. This will let you look back on past days and see what your spending habits have been, thus giving you a snapshot of what you need to do in order to start saving better.

It allows for you to create a personal budget tailored to your needs and wants, and you can create and manage specific categories of spending, such as food, clothing, gas, etc. You’ll also get a month-end projection of your spending so you can get an idea as to what the outcome might be at the end of the month, and you can scroll through to compare with past months. Grab BUDGT and start getting a leg up on your finances with a simple and straightforward tool.

A rally demonstrating against the government health reforms is being held in London on Saturday, ending a month-long march that began in Jarrow.

The 999 call for the NHS, by the so-called Darlo Mums, has followed the route of the 1936 Jarrow Crusade.

They are protesting against what they believe is the increasing privatisation of the health service in England, a claim denied by the government.

In a Daily Politics film, Adam Fleming joined them for part of the walk, and spoke to marcher Barbara Campbell and organiser Rehana Azam.

The Australian parents of a deaf baby boy have described the “overwhelming” moment their son heard their voices for the first time.

Lachlan Lever was diagnosed with moderate-to-severe hearing loss at birth, but was fitted with hearing aids when he was seven weeks old.

His parents Toby and Michelle captured the amazing occasion in 2012 on video, but only recently shared it with the world on Youtube.

Mrs Lever told the BBC: “Our baby not only smiled for the first time, more importantly he heard. His whole world opened up.”

BBC Presenter: Michelle and Toby Lever thought their seven-week-old baby Lachlan would never hear again, after being diagnosed with a hearing impairment in both ears… wait for the smile, there you go. That’s the first time that baby hears something. It was a condition that left him deaf and unlikely to develop any form of speech without proper intervention, however he was given hearing aids and as you can see his life has been changed forever. Well he’s now two years old and the video, which the family put on YouTube last week has had nearly four and a half million hits. Lachlan’s mum and dad, Michelle and Toby explained to us a little earlier how they felt when they found out their baby could hear.

Michelle: We were completely overwhelmed and so emotional when the hearing aids were turned on, we were crying from happiness, our baby not only smiled for the first time, but more importantly he heard and his whole world just opened up. It was the most amazing thing we’ve ever seen in our lives.

BBC Presenter: Toby, in terms of what it meant for his ability to learn a language, to develop his natural linguistic skills, what would that have meant if he hadn’t been able to hear?

Toby: It just…his future changed, being able to hear, the opportunities he has in life now have grown a lot more, we chose to go the hearing way, there’s other parents choose more sign language, but we thought he… Lachlan would have better opportunity in life to be in the hearing world.

Presenter: Michelle, does it mean that he has to wear hearing aids in both ears for the rest of his life or is there now a surgical process that he can perhaps go through?

BBC Presenter: Michelle, as a mother, I suppose when you’ve got a seven-week-old who can’t hear, it’s impossible to know, but it’s almost there was a potential there for having two Lachlan’s, the deaf Lachlan with one personality and the hearing Lachlan, who is going to be a completely different person, because of what you’ve done.

BBC Presenter: So in the future, if he doesn’t want to hear mum, he can just unplug himself basically.

Michelle: Exactly. I’m waiting for the time when he’s going to be a teenager and he’s just going to say, ‘Can’t hear you mum, I’m taking my hearing aids out’.

Sierra Leone – one of the countries worst hit by West Africa’s Ebola outbreak – has announced a four-day lockdown to try to tackle the disease.

From 18 to 21 September people will not be allowed to leave their homes, a senior official said.

When faced with a deadly disease, such as Ebola, that has no known cure and kills half of those it infects, its tempting to give any experimental treatment a try – no matter how risky.

But is this morally right?

In recent weeks, doctors at the Royal Free Hospital in London have given William Pooley, the British nurse infected with Ebola, an experimental drug called ZMapp.

He has been discharged from hospital, and declared free of the virus, but it is not possible to say if it was the drug or his treatment at a world-class hospital that was the deciding factor.

The only clinical trial data for this medicine comes from monkey studies, and although those results look promising, treating a man is a far cry from treating a monkey.

William Pooley, from the UK, was volunteering as a nurse in Sierra Leone when he was infected

Mr Pooley is not the first Ebola patient to be used as a test case at the Royal Free. In November and December 1976, a British researcher spent 32 days in the hospital’s plastic insulator.

The researcher – who wishes to remain nameless – accidentally pricked his thumb when handling a guinea pig infected with Ebola in a laboratory at Porton Down. There was no blood or any visible puncture mark. A few days later, however, he fell ill and was transferred to the Royal Free.

Faced with a new disease with a high fatality rate, the doctors gave the researcher a treatment that was unproven and experimental – a mixture of serum obtained from people who had recovered from Ebola and human leucocyte interferon. The patient recovered.

Interestingly, six of the 24 nurses who cared for the researcher developed acute respiratory infections and four out of the five doctors developed a “flu-like” illness with gastrointestinal symptoms. When tested, their antibodies showed no evidence of Ebola.

A year after the first outbreaks of Ebola in 1976, a conference was held in Antwerp, Belgium, to discuss this mysterious new disease and other haemorrhagic fevers. During a debate on treatment, Dr Jordi Casals, a virologist, raised two key questions about the use of experimental treatments.

He said: “I want to make some comments on the use of immune plasma in the treatment of these hemorrhagic fevers.

“First of all we have to know whether it helps or not. Then whether it does any harm.

The Hippocratic oath includes the promise to abstain from doing harm

“In the case of Lassa fever, out of five or six [who had been given plasma] one followed a course which was harmful.”

Dr Casals alluded to one of the most famous maxims in medicine: “First do no harm.”

As nearly all medical procedures involve some degree of harm (such as puncturing the skin to give an injection or cutting open an abdomen to remove an appendix), a more accurate formulation is: “First, do no net harm.” The benefits must outweigh the harms. Even with Ebola, an intervention can worsen the condition.

The current outbreak of Ebola has a case fatality rate (CFR) of about 55% – meaning the disease kills about one in every two people who catch it. With state-of-the-art facilities, the CFR is likely to be lower. A reasonable chance of survival exists with ordinary supportive care.

Dr Casals was no stranger to the dangers of haemorrhagic fevers and the value of experimental treatments. In June 1969, he was working in a laboratory in Yale on the Lassa virus, a then unidentified pathogen with a fatality rate of up 50%. Like Ebola, Lassa fever has the highest Bio-Safety Level 4 classification, reserved for life-threatening biological agents requiring the maximum containment laboratory. Three American nurses had contracted the disease in the village of Lassa, Nigeria, and one had survived.

Despite wearing goggles, mask and gloves, Dr Casals fell ill. Close to death and without a known cure, he was treated experimentally with the blood plasma from the surviving nurse in the hope that her antibodies would save him. He slowly recovered.

In late 2002, a new disease emerged in southern China – severe acute respiratory syndrome (Sars). Transmitted by respiratory droplets and close personal contact, it soon spread around the world. By July 2003, more than 8,000 people had contracted the disease. The mortality rate was close to 10%.

Toronto was one of the worst-hit areas. When I arrived in the city in the summer of 2003 to start a hospital internship in clinical ethics, patients were still dying from the disease. On each visit to the hospital, masked healthcare workers would take my temperature, squirt my hands with antibacterial gel, and ask how I was feeling.

The spread of Sars was so rapid that there was no time to conduct proper studies on treatment. Many treatments were experimental and some, such as Ribavirin, which had been effective against Lassa fever, probably caused significant adverse effects.

Ebola is a dramatic disease that appeals to our ancient fears, but any decision to give an experimental treatment should not be rushed. History is full of cautionary tales of promising treatments that proved harmful. Thalidomide, developed in the late 1950s, was an effective sedative but caused gross limb abnormalities in infants.

In a crisis where the alternatives are grim, the usual rules of safety and caution are relaxed.

A few years ago, I witnessed an operation on a young man who had been shot in the lower back by a rival gang member.

He was bleeding so heavily that the trauma surgeon had little hope of saving him.

In a last-ditch attempt to control the bleeding, he tried an experimental technique published in a journal article the previous month.

The patient died the next day.

In such situations, a decision must be made at once.

In most cases, however, there must be processes and safeguards to minimise the risk.

If possible, the new drug or treatment should be approved by a team of medical specialists.

For drugs, these specialists include immunologists and clinical pharmacologists.

They will help assess the likelihood of harms and benefits.

An ethics committee should be consulted to ensure ethical concerns, such as consent and confidentiality, are addressed.

The hospital lawyers should also be involved – who, if anyone, will be liable if the treatment proves catastrophic?

There is no universal process for approving experimental treatments, but the idea is to make as informed a decision as possible with the input of experts, including the patient and relatives.

If the green light is given, the experiment should be treated as research, resulting in a publication to share the results. Whatever the outcome for the individual patient, others should benefit from the trial. 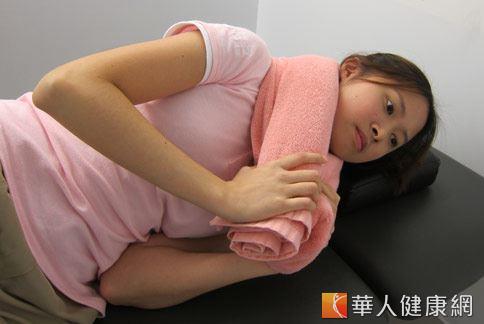 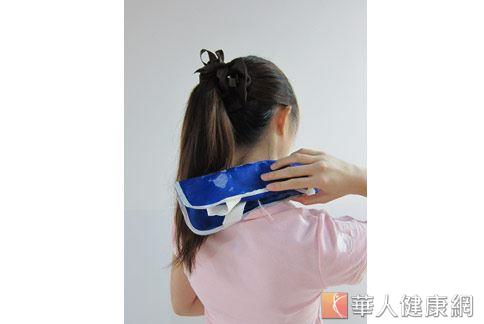